The resulting voltages as a function of time (time-domain IP/TDIP), are recorded digitally and analyzed for the “induced polarization” effect. The measured IP phase indicates the ability of rocks to briefly hold an electrical charge after the transmitted voltage is turned off.

The polarization data from an IP survey adds insight for interpreting results of other common exploration survey methods. IP surveys may be done as follow-up to a CSEM or CSAMT survey (in which an induced, controlled source of electric energy is also used, but in this case, to measure the magnetotelluric fields). 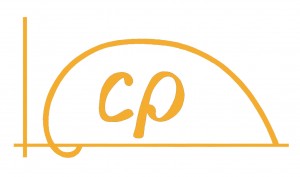 Complex resistivity (CR), also known as Spectral IP, is a multi-frequency IP method developed by Kenneth Zonge in the early 1970s as a means of differentiating between anomalous survey responses coming from geologic alterations, from sulfides, or from electromagnetic coupling — an unwanted artifact of the IP measurement process itself. more

Measurements are made over two or three decades of frequencies to better determine the source of the IP response. This method has proven extremely valuable for mineral reconnaissance surveys. The early model Zonge GDP released in 1976 was the first commercially available, digitally-controlled, IP/CR receiver.

The geologic model is of disseminated mineralization in which the conductive sulphides are not connected but occur in an insulative matrix. Clay minerals also show a moderate IP effect. Variations in subsurface moisture content, porosity, permeability, and soil or rock type all affect resistivity measurements. Changes in imaged resistivities are used to infer changes in geology. more

In structural features, such as faults, contacts generally appear as conductive plates or sheet-like features unless they have been well cemented with little porosity. For example, quartz or calcite-filled veins could be expected to have high resistivity values. In contrast, porous shear zones could be expected to have low resistivity values (relatively conductive). Likewise, alteration products can be extremely conductive (clay-based alteration) or extremely resistive (silicification zones).

Induced polarization (IP) is a measure of a delayed, voltage response in earth materials. The IP effect is caused by a current-induced, electron-transfer reaction between electrolyte ions and metallic-luster minerals, a measurement of the capacity of the earth to store electrical energy. more

The IP effect can be determined by passing an induced current into the ground and measuring the change in voltage with respect to time (time-domain IP/TDIP), or by measuring changes in phase at a given frequency with respect to a reference phase (frequency-domain IP/FDIP).

To produce an IP effect, fluid-filled pores must be present, since the rock is basically an insulator. The IP effect becomes evident when these pore spaces are in contact with metallic-luster minerals, graphite, clays or other alteration products. IP effects make the apparent resistivity of the host rock change with frequency. Generally, the rock resistivity decreases as the measurement frequency increases.

Specialized transmitters and voltage recorders are used to measure IP effect. Zonge geophysical equipment used for Resistivity-IP surveys acquires both data sets simultaneously. Electrodes for the current are dug into the ground and separate, non-polarizing electrodes are used to sense the impressed voltages. A motor-generator is required for deep investigations. more

Zonge crew size is typically three to five people with a single pickup truck. No mechanized equipment is used. No earth moving or trenching is needed. Wires, electrode stakes, and survey flagging are removed and the electrode positions are raked when the survey is completed, leaving little or no evidence that the survey occurred.

Numerous electrodes are set up in a line and connected by wires to the transmitter at a central location. The wire is laid out by walking. Vehicle access along the length of the wire is not necessary. Transmitter equipment is typically kept in a truck with a generator mounted in the back or on a small trailer behind it.

Measurements are made with a man-portable receiver by connecting to different dipoles. The receiver dipoles are also wires laid on the ground, but in this case, they are grounded using small, ceramic “pots” about six inches tall and two inches in diameter, embedded slightly into the soil. The receiver equipment is carried along the survey line by the operator while making measurements at different locations.

Computer programs are used to convert and model the measured data as images of the electrical structure of the subsurface. These images include profiles of resistivity and IP versus depth. Models with interpretation relative to your target or objectives, along with the measurement-station locations indicated and relevant acquisition parameters, should be included in the deliverables. more

Results can be presented in several forms:

Smooth-model inversion is the modern method for converting resistivity and IP measurements to smoothly-varying, model cross-sections. Inversion mathematically “back-calculates” (inverts) from the measured data a likely location, size and depth of the sources of IP and resistivity changes. Resistivity and IP values are iteratively modified until the calculated values match the observed data as closely as possible, subject to certain constraints.

Non-economic minerals dominate geology. Iron sulphides (pyrite) live up to their reputation as fool’s gold. Both resistivity and IP data can also be influenced by cultural features (man-made objects such as fences, power lines, pipelines, etc.). Knowledgeable survey design can minimize these effects, but experienced interpretation is necessary to obtain the most useful information.