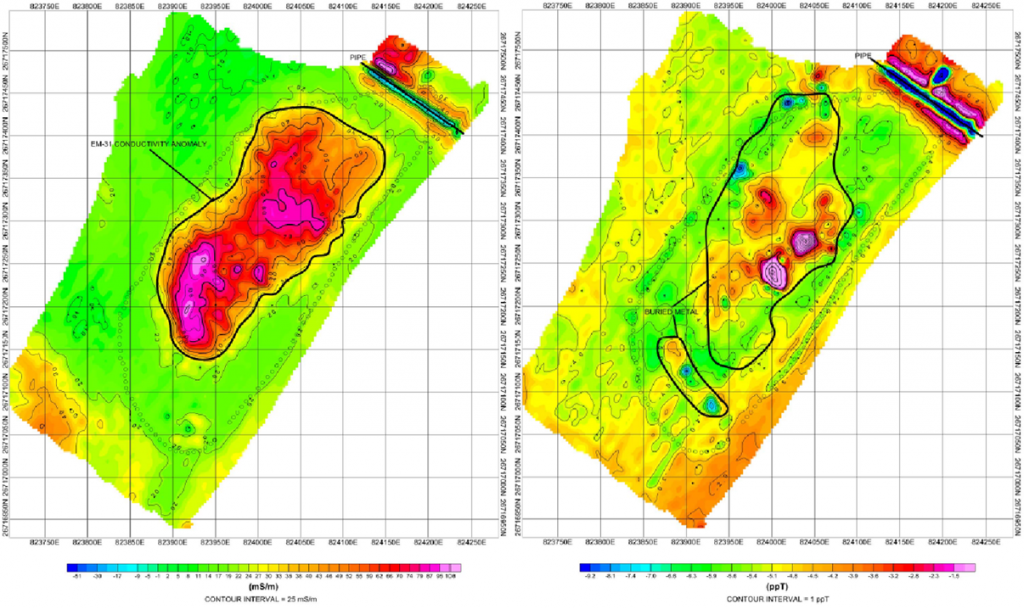 In geophysics, the terms “Frequency-domain EM (FDEM)” and “EM induction” refer to geophysical investigation methods based on the principles of induction as defined by Faraday’s Law. As such, the EM induction umbrella covers all methods that involve measuring voltages induced in the earth when exposed to a varying magnetic field, either time- or frequency-domain.

In the sub-specialty of shallow-surface, environmental geophysics, “FDEM” and “EM Induction” have a more narrow meaning — the terms are commonly used to refer to a specific type of survey for determining terrain conductivity (a bulk conductivity measurement) using low-induction-number, handheld instruments.

Zonge uses Geonics brand terrain-conductivity instruments for these shallow-surface surveys when applicable. Other equipment is recommended when greater accuracy at depth is required.

The depth of exploration depends on the separation between the transmitter loop and the receiver loop, as well as their orientation (horizontal or vertical axis). Using the various loop configurations possible with common Geonics equipment, the investigated depth ranges from about 8 feet to 175 feet below ground surface.